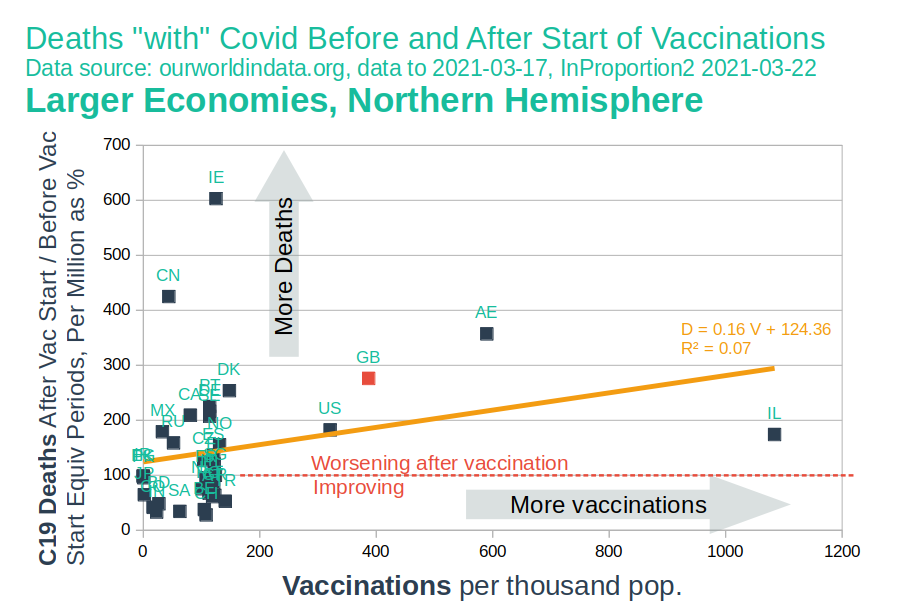 First, a Note on Scepticism

Vaccines are a controversial topic. Often it seems almost taboo to question whether a particular vaccine provides an adequate balance of safety and efficacy. It should be remembered that scepticism is at the heart of science and that hostility towards scepticism is "anti-science". Furthermore, celebrity endorsements of vaccines inform far less than scrutiny of evidence and data.

In the northern hemisphere, countries that have administered more vaccines per head of population tended to have worse covid-19 trends than other countries when comparing the number of deaths happening in equivalent periods before and after the date of the first vaccination in that country.

Correlation famously is not causation. There will be a variety of reasons why mortality levels and trends are the way they are. For example, as winter recedes, it is natural to expect respiratory diseases to recede with it. However, it is hard to claim that vaccines are some kind of panacea when mortality trends are either unaffected or affected relatively negatively in countries that have administered more vaccines than others.

In general, the roll-out of vaccines in the northern hemisphere happened close to the seasonal peak for respiratory illness. This may be why mortality levels have been generally worse after vaccinations. However, if the vaccinations are significant effective interventions, countries that have vaccinated more relative to others should have experienced a mortality trend that was better relative to others, but overall, they did not.

The failure of increased levels of vaccination to clearly improve mortality trends is surprising given the claims made that vaccines have "efficacy" levels of 95% and higher [1], especially when large numbers of vulnerable people were vaccinated early on in places like the UK.

By comparing different countries, comparisons can be made to see if those that have vaccinated more have had a relatively better mortality trend as a result.

See notes on method below [2]

The data set includes the world's 50 largest economies minus countries in the southern hemisphere (as they will be experiencing opposite seasonal trends to the north). Also a handful of countries were excluded as they started vaccinating too recently for adequate data to be collected (assumed to be 30 days post vaccine start). Data was sourced from ourworldindata.org, more details below [3]. Also see below [4] for a key to the country abbreviations.

In the following chart, the focus is on just the G20 countries. This eliminates some potential outliers such as Ireland and Israel where there may may be anomalous patterns. A goal is to facilitate a comparison between broadly similar countries. Again we see that increased vaccinations correlate with a relative increase in deaths "with" covid-19. 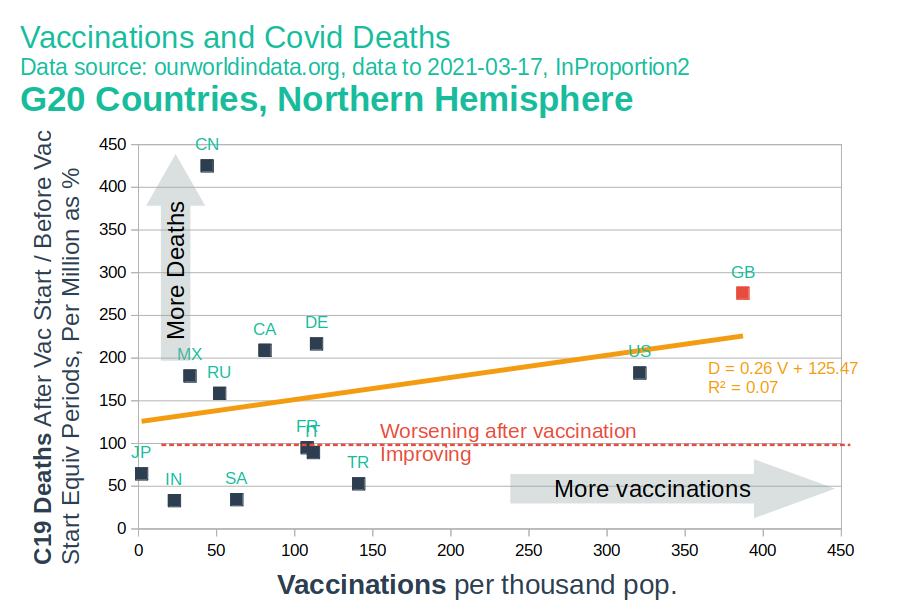 In this group the UK has vaccinated more than any other, but has had the second worst mortality change after China

Here the focus is on the European Union plus the UK. Again, increased vaccinations correlate with a relative increase in deaths "with" covid-19. The United Kingdom (GB) and Ireland (IR) are outliers, while the rest of Europe have had better outcomes. 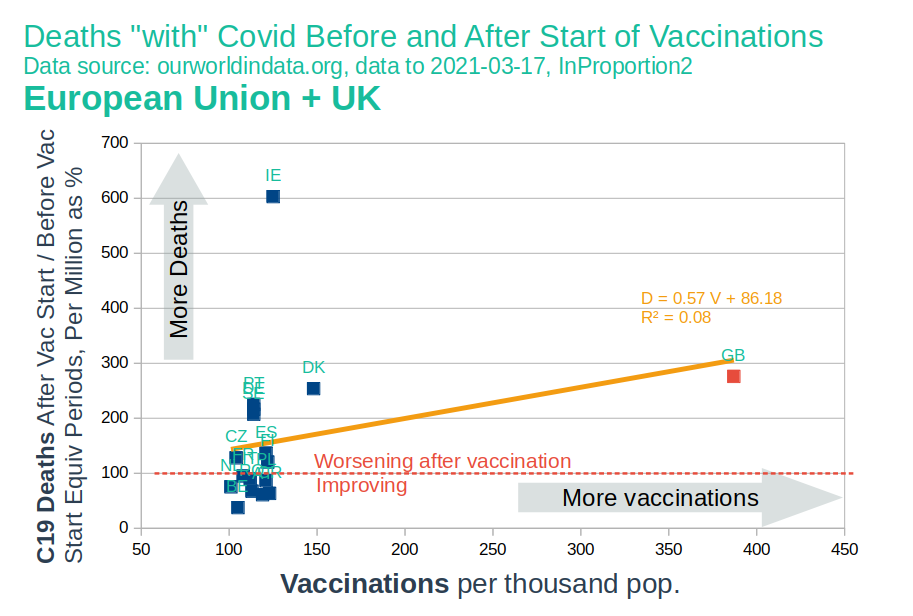 In this group the UK has vaccinated more than any other, but has had the second worst mortality change after Ireland

Finally lets look at some of the countries excluded in the EU, UK and G20 views, namely those in Asia.

Interestingly the trend line now slopes very slightly downwards, but the slope is too shallow to suggest any significant effect. It should be noted that c-19 mortality levels have been much lower in Asia than they have been in Europe or the USA. 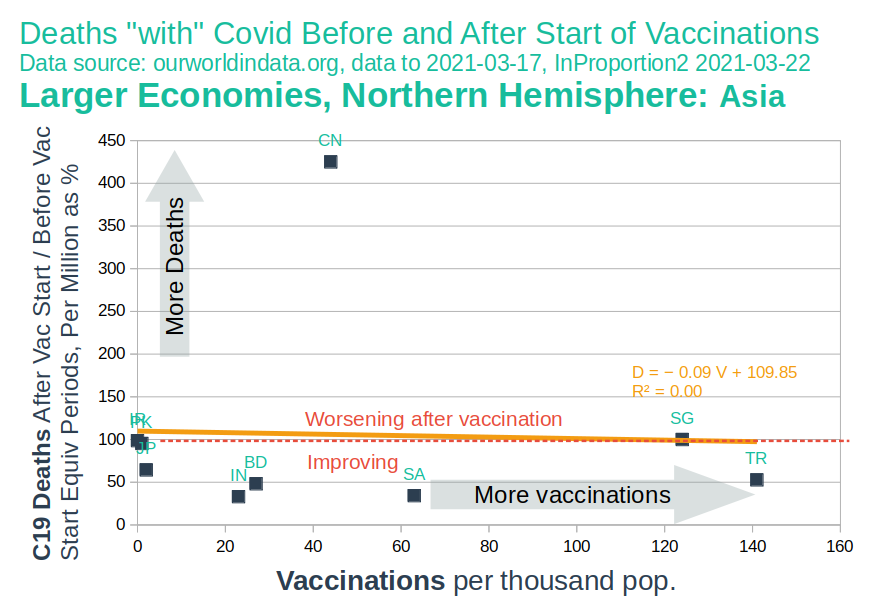 Mortality levels have been much lower in Asia compared to the USA and Europe. Vaccination does not seem to have affected the mortality trend significantly