When the UK Government presents trends in Covid infections it fails to put them in the context of dramatically increased numbers of tests.

London had just one new infection.

Good news for everyone: new Covid infections seem to be disappearing from the radar! [3]

This is the view of new infections presented by Downing Street on 28 May:

While they show a decline, it is not as dramatic as the NHS England data as published by Public health England [1][3].

Could part of the explanation be that as they ramp up the number of tests, unsurprisingly they find more cases?

The following chart shows the number of tests being done. The NHS England case numbers are based on so-called "Pillar 1" tests that are conducted in labs and hospitals. The Downing Street case numbers are based on total tests which add tests from other sources including swab tests done by third parties (Pillars 1,2 and 4). See below [2] for definitions of the different pillars.

If we divide the number of positive cases by the number of tests, we get another trend altogether - it is another picture of new Covid infections disappearing off the radar. 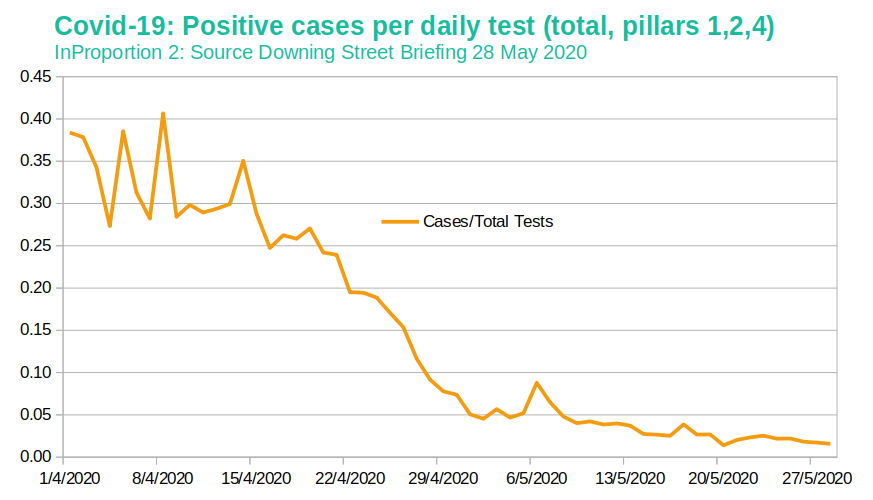 To get the best indication of the trend, Pillar 1 tests are probably the most reliable tests and have been conducted in relatively steady numbers.

Based on this, the positive Covid tests are disappearing off the radar.