In August I took a straw poll to measure opinions on how the UK Government has dealt with the covid-19 crisis. Respondents were asked via twitter to rate their own opinions from A to E as well as the opinions of family, friends, neighbours and workmates.

This month's poll is a repeat of the one conducted in July and August. Of course the sample is biased and small (258 UK respondents self selected via twitter). However, by following the same practice and asking the same questions at different times it is interesting to see if anything changes. Here are the results for the question "Which of the following represents the opinion of OTHERS YOU KNOW (FAMILY, FRIENDS, WORKMATES)?" (See below for the definitions of the various options A to E. 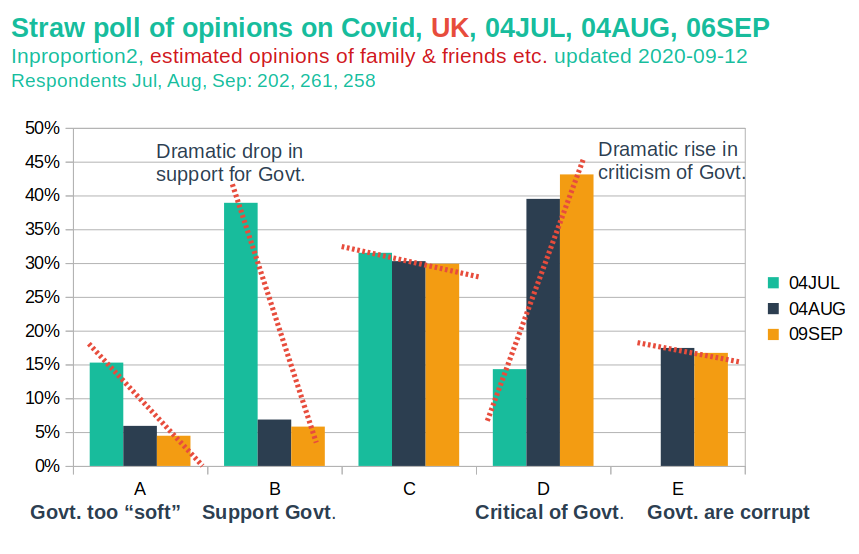 Below are the responses to the question "Which of the above represents YOUR opinion?" with reference to the same options A to E. 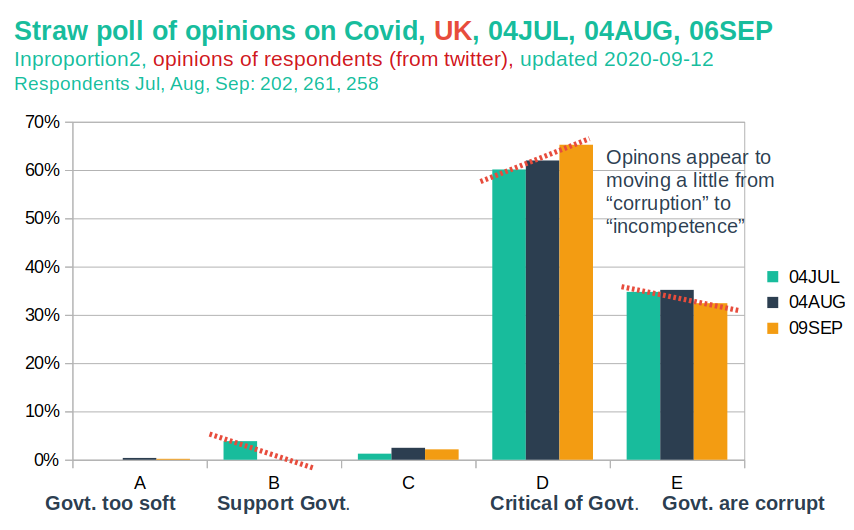 Opinions are predominantly and increasingly critical of the UK Government. There appears to be a slight shift away from believing the government's actions have been corrupt in favour of them being merely incompetent

The opinions of friends and family etc continue to shift away from supporting the Government, but the change measured in the most recent poll was smaller than the one measured in August

Here are the definitions of the options A to E. Respondents were able to choose multiple options, in which case their "score" would be divided across the selected options:

Based on this small informal poll, general opinion on Covid has be continues to shift against the government

The most popular response in both groups this month was again D, that "The Govt. and their experts have got the whole Covid topic completely and utterly wrong with a disastrous blanket lockdown"