Hardest hit by the lockdown will be the cancer sufferers, the elderly, those with poor mental health, young children and those currently in utero.

Worsening economic conditions and disruptions to NHS services will have important and far-reaching consequences for the health of the broader population. 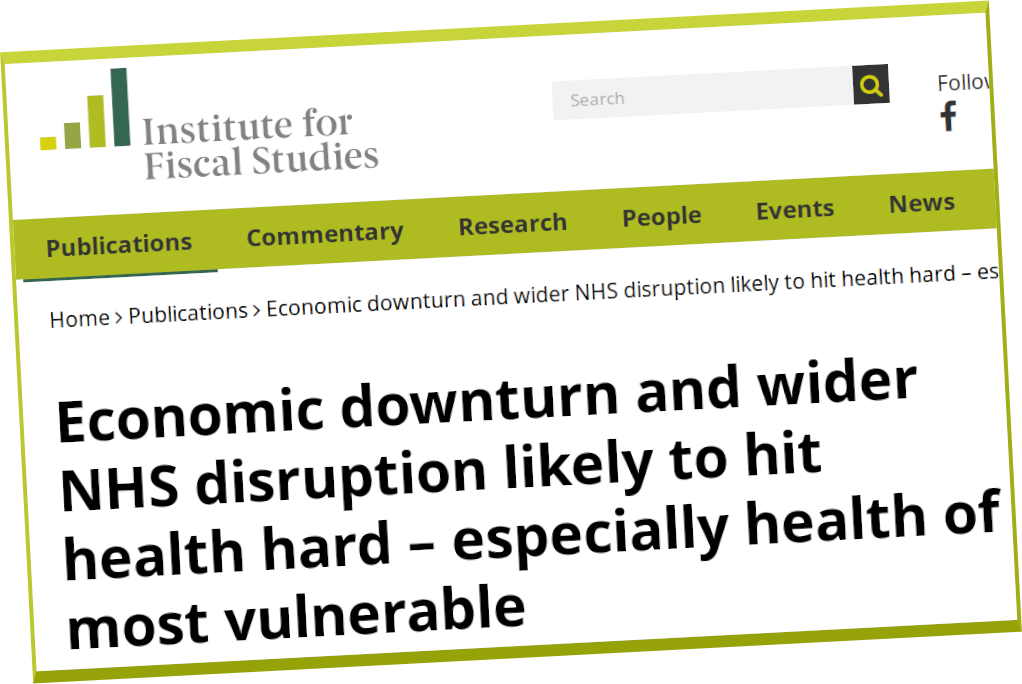 The coronavirus pandemic poses clear and obvious dangers to the health of individuals who are infected with the virus. But worsening economic conditions and disruptions to NHS services will have important and far-reaching consequences for the health of the broader population.

New briefings from researchers at the Institute for Fiscal Studies (IFS) point out that:

The coronavirus pandemic is putting the NHS under unprecedented strain and leading to cancelled operations and disruptions to non-coronavirus emergency care. This will disproportionately affect older individuals, and those from less affluent backgrounds, both in the short and the medium term. This is because in normal times:

In the medium and longer term, the economic downturn itself will have persistent negative health effects, with these effects being worse for some groups than others. For example, recent estimates suggest that the employment loss associated with the 2008 recession could have resulted in an additional 900,000 people of working age suffering from a chronic health condition, including mental health.

We should be particularly worried about the consequences of worsening economic conditions for those with pre-existing poor mental health, and for young children and those currently in utero. Current policies – such as the Job Retention Scheme – will help many, but by no means all, in these groups.

Effects will also vary across the country as some industries (and thus areas) are hit harder than others by social distancing measures and the associated economic downturn. Evidence shows that the detrimental impact of adverse economic shocks can persist for many years. Government policy has a key role to play in mitigating these impacts.