Today the UK Chancellor gave an indication of how much it is costing to support people who are unable to work due to the lockdown.

More than half of Britain’s adult population is now being funded by the state. 6.3 million people in the UK – almost a quarter of all PAYE employees – have now been put on furlough by their employers at a cost of £8 billion in the first month. The NHS budget is approximately £11 billion a month. 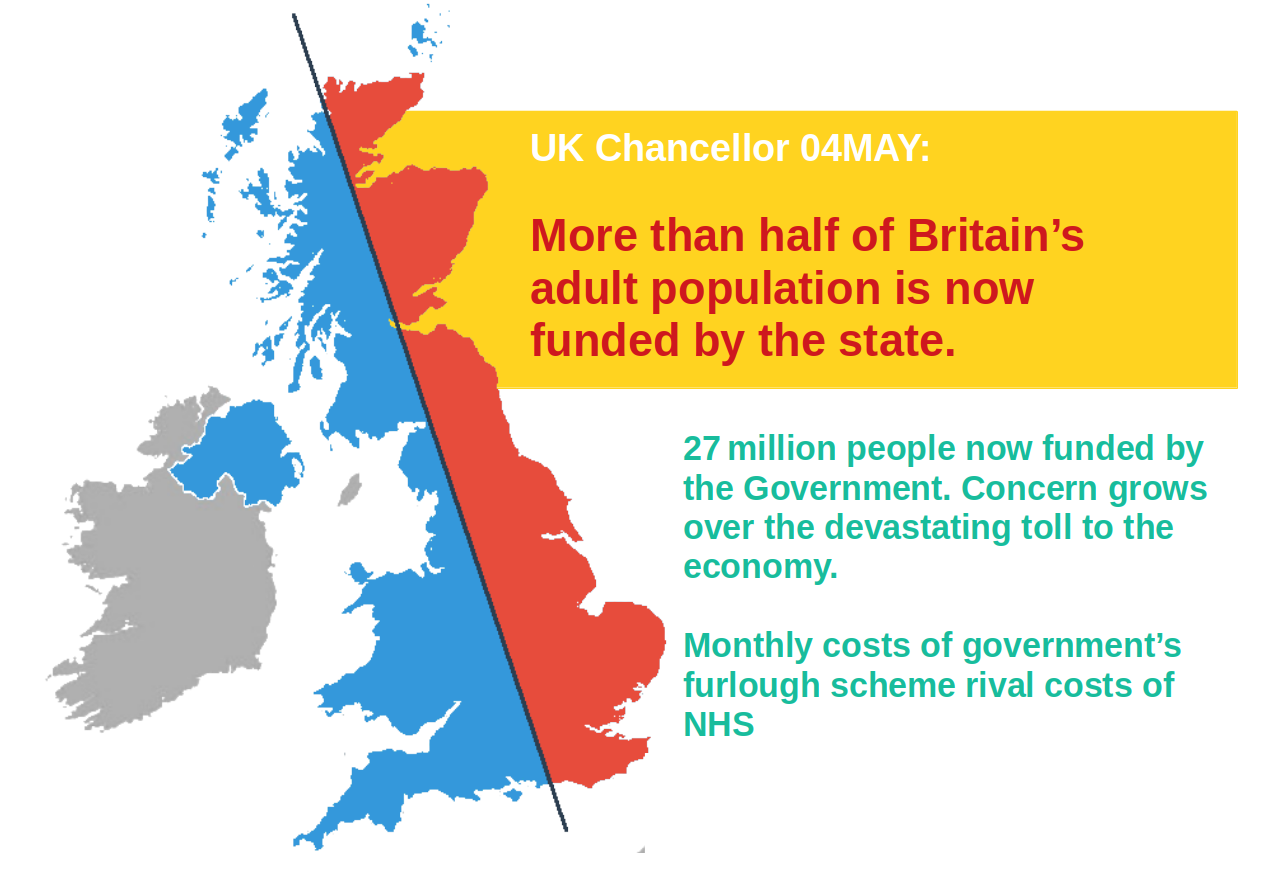